Disclaimer: I am not a perfect med student. (I hover somewhere in the vicinity of fair to middling and I make up for it with overeagerness). These opinions are not intended to disparage but merely comment on the milieu of medical school in the 21st century. Also, this was written about a year ago and you know how my opinions change. (Like the weather).

One of my tutors once asked, “What do you call a doctor who had to take the MB;BS twice?”

It’s no secret that medical school is difficult. It’s meant to prepare us for the rigors of medical practice, after all. But the way we are assessed now (letter grades) and the way we will be assessed then (whether the patient lives or dies) are much too different to allow for a smooth transition from being responsible for your GPA and being responsible for a person’s life.

The System has Changed

This system has changed over the years, but I’m sure it used to work in the beginning. You know, before 300+ class sizes and the advent of so much medical and information technology. Back when doctors actually had to (gasp) know their stuff to graduate.

Consultants are ripe with stories of the 20-something people class sizes and their passion in dealing with patients. In between bowling you over with the sheer amount of knowledge their brains can hold, they quip about naughty mnemonics and lengthy discussions on unrelated topics in the middle of an exam. 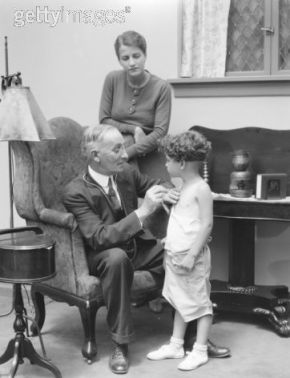 All this from people who still can’t figure out how to work their iPhone. (And yes, I understand that they were young and human and therefore made mistakes just like us, but they were still somehow indefinably better and I think it has to do with our generation and where the world is on a whole).

But I don’t think the system works any more.

Sometime around the shift of emphasis from getting good grades to simply passing, the standard of medical student and eventually medical doctor began a slow trend downward. The system is set up to filter out those students who are obvious failures (non-attendance, awful grades, etc) but it turns a blind eye to the ones skating barely above the pass mark.

The people who slip past the cracks are the dangerous ones: those doctors who graduate without knowing much because they managed to avoid doing any “real work” in med school. The idea that our class will contribute to this growing demographic is unsettling.